I am by no means a blockchain or cryptocurrency expert but I do follow the news for cryptocurrency and do see the value in some of the cryptocurrency projects that are out there. The idea of a distributed cloud storage solution seems to be good use of a blockchain and distributed model compared to the current model of companies managing and running the servers. There is a big difference between theory and reality though, just because they have a whitepaper does not mean they are any closer to having a working cloud storage solution based on a blockchain that is usable for the average computer user. The bar is high, users are used to the Google Drive and Dropbox style cloud storage and Backblaze and IDrive cloud backup. 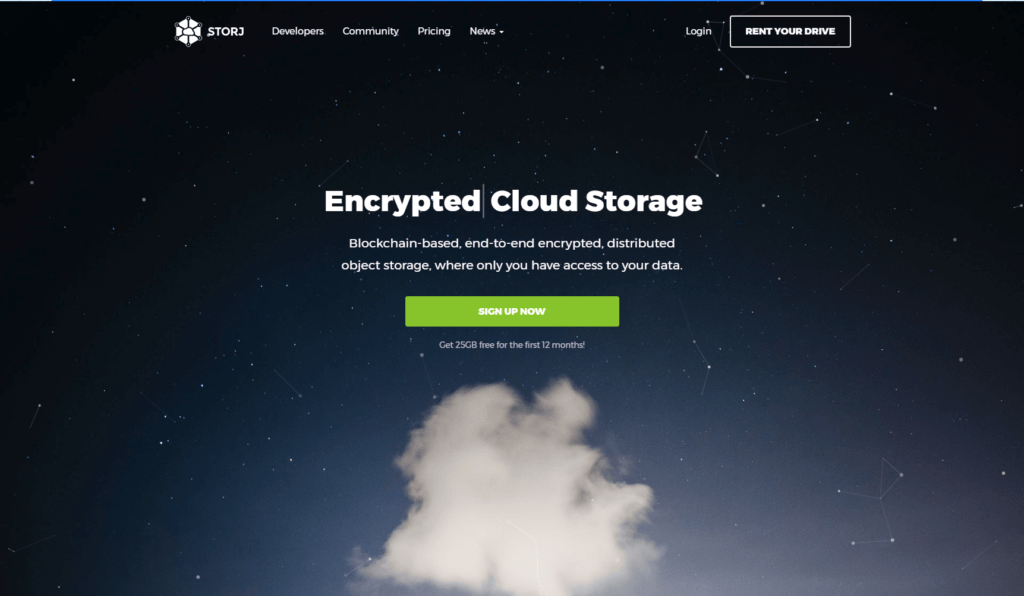 Storj is probably the most advanced of the four services on this list. It is the most user friendly and easiest to use blockchain based storage service that I have tried. That does not mean it is perfect but it is the most advanced as far as providing an easy to use interface to easily upload and manage your files. The biggest reason that Storj is ahead of the the other services is mainly because of the integration with FileZilla. FileZilla, the long time favorite FTP/SFTP client now has Storj built in making it easier to upload and manage your files in Storj.

We are excited to announce that #Storj has integrated with #FileZilla! Learn about the integration and features at: https://t.co/FqweeNzJoX pic.twitter.com/Tyy5WnRcZI

Using Storj is sort of a mix between using something like Amazon S3 and Dropbox. You need to create buckets to hold your data then you can upload your files to your account. You can create buckets on the Storj website but you can’t upload anything through the website and you need to use a client, like Filezilla. The best tool I found to actually manage my Storj was an Android app called AllStorj. It is not an official app but it seemed to work well. It allowed me to create a bucket and automatically upload files from my Android device to Storj. You can manage your files using the app as well, but again not exactly as nice and smooth as Dropbox. You can see some screenshots believe. 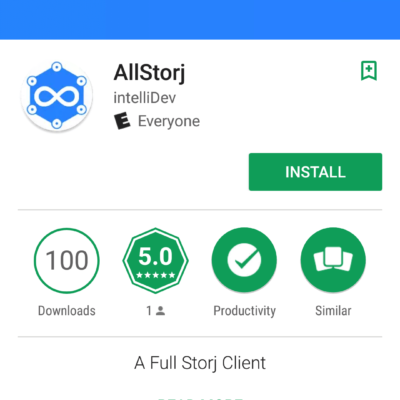 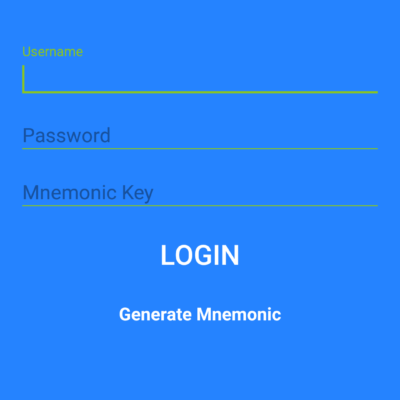 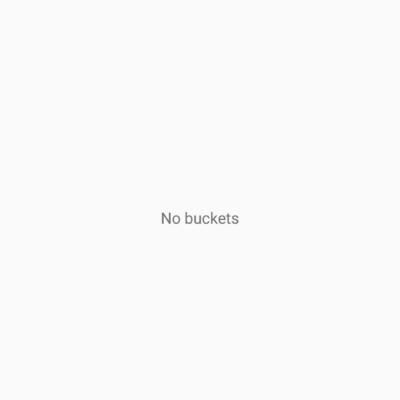 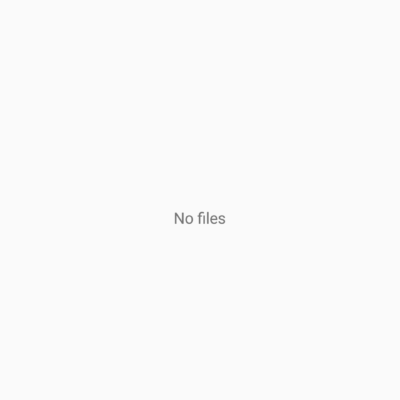 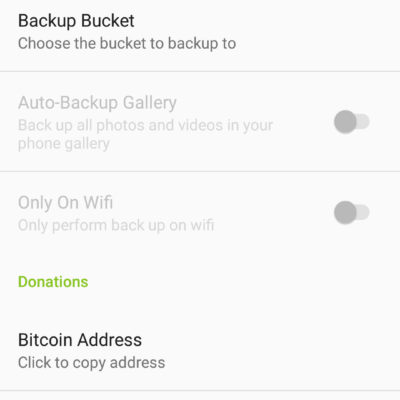 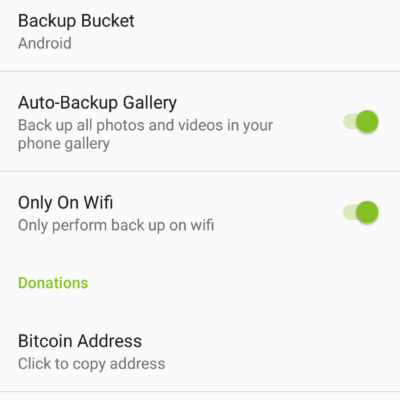 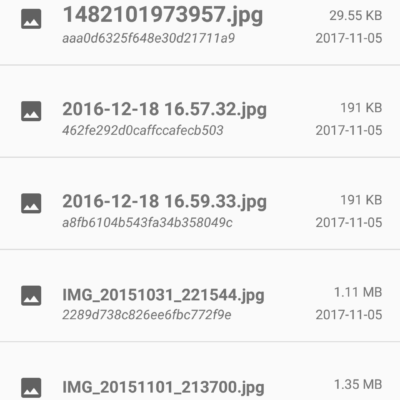 Many cloud storage and backup companies offer either free trials or free service. Storj also offers a free year of service with 25GB of storage, plus they also have a referral program that gives you a $10 credit to use on Storj.

If you have extra drive space you can also download their drive share application and offer some of your drive space to the Storj distributed network and get paid in Storj tokens. You might not make it rich but you know know if their tokens take off in value they might be worth having. You can also trade them for Ether, Bitcoin and other cryptocurrency if you like. There are a few places you can do that, but the one I have tried is Changelly.

Sia looks promising, they have a functional user interface application that you can download and install that makes it easy for people to get started. They offer software for developers and a miner for those wanting to mine Sia coin. It looks promising.

I installed the Sia-UI on a test machine and wanted to test the system out. I was even looking at how to get Sia coin so I could actually upload some files and test the system out. They only accept Sia coin for payment, so you can’t use a credit card directly to pay for your storage on Sia. They have a decent blog post detailing how you get started. Unfortunately after 5 days I was still not able to download and synchronize the blockchain and I ran out of patience to test the system out. Because the application is a wallet and the file upload and manager in one until the blockchain is downloaded and synchronized it is pretty much useless.

There are other bright spots for Sia though, they have some interesting integrations and apps built using Sia. One that caught my eye was Duplicati. If you want to try Duplicati with Sia they also have a decent tutorial here on their blog.

Sia does not offer any kind of free trial or free space, so if you want to try it out be prepared to get some Sia coin, but I would recommend waiting until the blockchain does fully synchronize. No point in transferring money to Sia coin if you can’t use it.

There is also an unofficial Sia mobile app. My phone is not powerful enough I guess to do much with the app so I grabbed some screenshots and that is about all I could do. 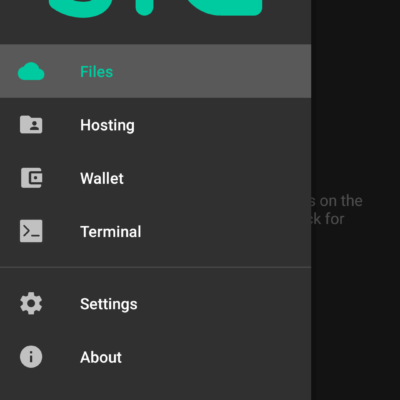 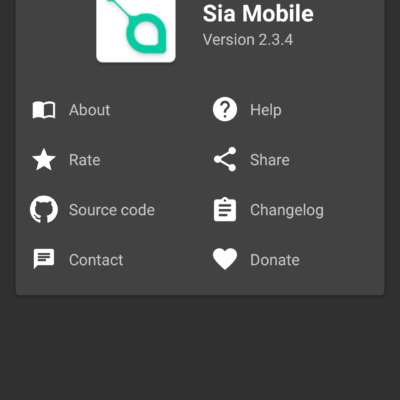 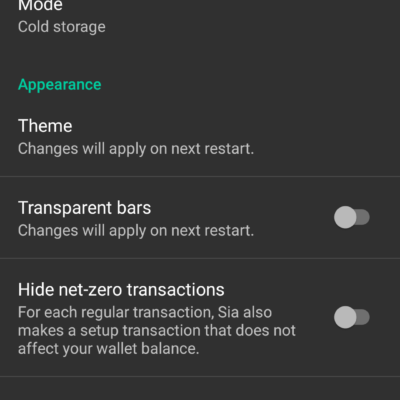 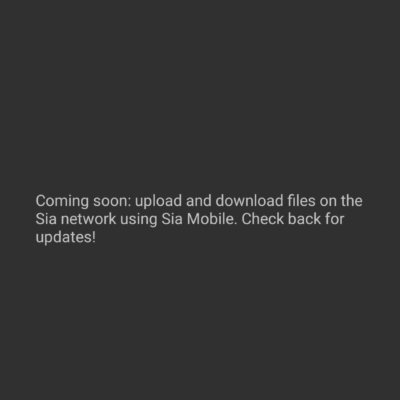 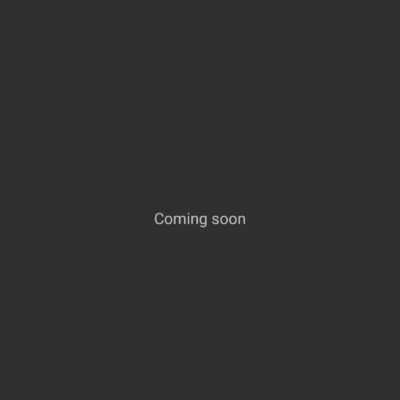 Unlike Storj, with Sia when you rent out your drive space you can specify the price, but there is also a risk of having your Sia coin lost since you have put some Sia coin up as collateral. If your drives go down instead of being paid you will have to pay your Sia coin. While I understand why I prefer the way Storj does it. They reward you for staying online and up. 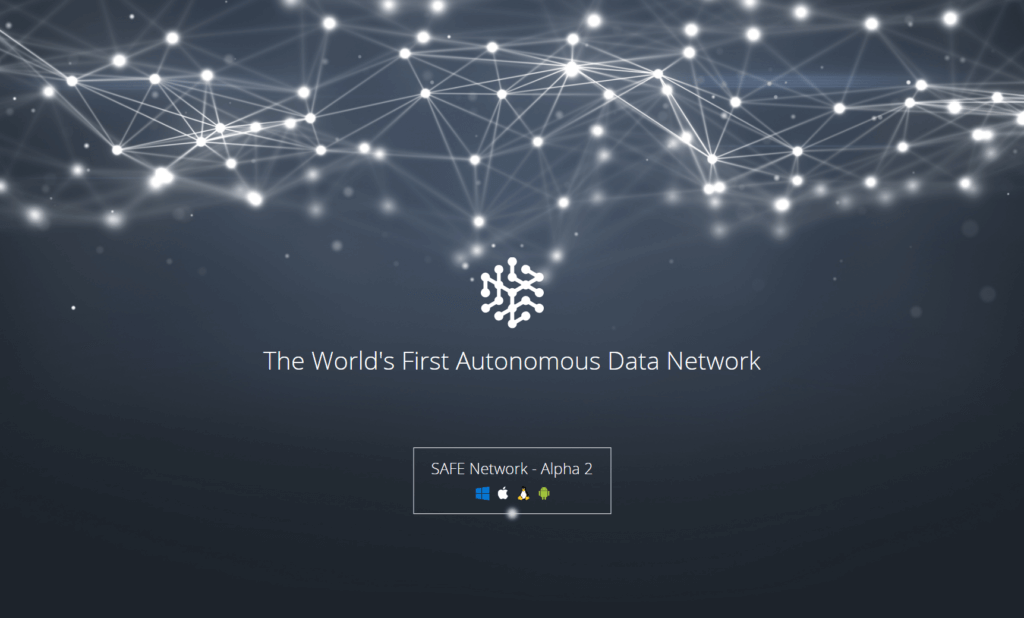 Maidsafe is more than just storage, in fact from what I have read it is an entire data network that will allow people to use and share more than storage. They all still in alpha testing but do have browser safe browser available. I tried but could not get very far because you need to be at a certain level on the Maidsafe forum to actually test anything. It is an interesting idea and will be worth watching as the software and network grows. 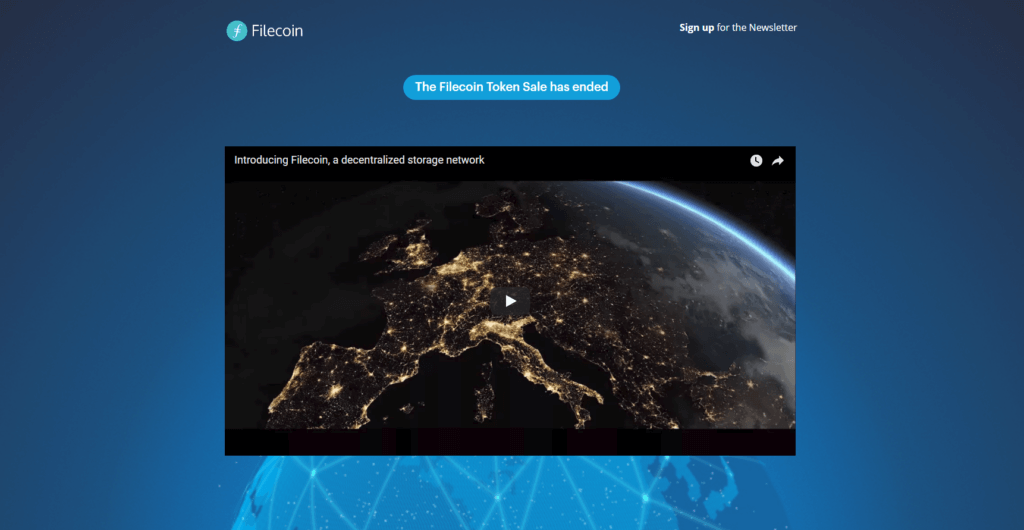 Filecoin has complete an initial token sale but they don’t have any software to download and try out yet. From what I can tell Filecoin will be using something called IPFS, which you can download and install and try out. I would say that Filecoin looks interesting but until it has a working demo it pretty much just theory. It will be interesting to see how it evolves over the next little while.

None of the blockchain based cloud storage services are really ready to take on the likes of Dropbox, Google Drive, Backblaze or IDrive but there is potential. They have something going for them that could easily put them ahead of competition if the user friendliness can be increased to the point that the average person computer user can just use their service. The fact that all data is encrypted and only available to the user is certainly an improvement on many of the current services. Also the idea of being able to rent out your extra hard drive space and in some way be an investor in the system makes these services worth watching.

While one never knows which service will end up breaking out and making it, Storj certainly seems to have a head start in this space, and perhaps the most user friendly version of all of the services available already. None of the services really reach the level that most users are used to but if one wanted Storj and if you were persistent enough, Sia, could possibly already be used to store a backup of your files.

I heard about some of these services thanks to the chance to demo the new k.im cloud storage website and Bitcache. If that service takes off it could be just what these services need to take off and gain more mass adoption.